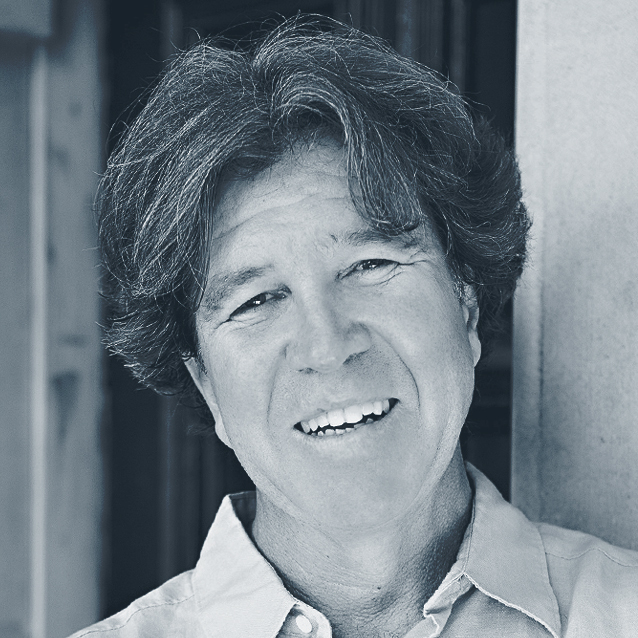 How are you connected to CSU Spur?

I am connected to Spur through my administrative role with CAES and my research on and interest about soils of urban ecosystems.

When did you get involved with Spur and why is it important to you?

I was involved in the very early planning and visioning exercises for the College of Agricultural Sciences and CAES. I had envisioned not only an “urban centric” research program for Denver but how urban food production systems might be applicable to improving lives elsewhere. The trend is inescapable: more and more people in the developing world are living in the cities. By 2025, the number of people living in developing countries will grow from 4.9 billion to 6.8 billion. Ninety percent of this increase will be in rapidly expanding cities and towns. More than half the population of Africa and Asia will live in urban areas by 2025. More than three-quarters of Latin Americans already do. I have always viewed, or to some degree hoped, that some of the activities at Spur could address this globally important challenge.

What outcomes have you seen or do you expect from work at Spur?

In many cities in the least developed countries, hunger and malnutrition are common, even when food is relatively abundant. Over the past two decades, there has been an increased interest on the problems associated with rapid urbanization in developing countries — a literature that for the most part has neglected the important dimension of urban food systems and how these link production and consumption networks at local, regional, and global levels. Similarly,  there is a newly burgeoning literature on global food systems, but the contextual role of the urbanization process is rarely addressed. We have this opportunity in Denver at the Spur campus.

What would you like others to know about Spur?

Over the next several decades, food security will continue to be one of the most pressing issues facing our planet. This is a 21st century problem, with 21st century boundary conditions and constraints. Innovation and technology are key! The type and effectiveness of agricultural technologies are highly debated, and the debates are often polarized. Technology options are many, but transparent, evidence-based information has been inconclusive or scarce. We should use recent social science to help us (scientists) begin to reframe the nature and scope of the problem. For example, creating a truly regenerative and C-neutral global soil management and agricultural production systems is a truly Wicked Policy problem — one that is enormously complex, has many inter-related participants and components, and will likely take generations to improve. Our hope is that Spur will foster innovation via colocation, collaboration, and community engagement to address these issues at local, regional, and global scales.

Mr. Edward Drusina, P.E. retired from the United States Commissioner of the International Boundary and Water Commission (IBWC) in 2018. Mr. Drusina has served his community and his country with distinction. Mr. Drusina was appointed Commissioner by President Barrack Obama on January 19, 2010 and remained Commissioner until his retirement on May 2018 completing 44 years of engineering service to his City, State and Country.  A licensed Professional Engineer in Texas and graduate of University of Texas at El Paso, his career has lead him to successful work in both the private and public sectors. Prior to the IBWC appointment, Mr. Drusina was the Regional Director for Paragon Resources Inc., President and CoOwner of Omni Construction Management Services, Corperate Associate of Moreno Cardenas Inc, Director of Public Works for the City of El Paso, and Design Branch head for the US Army at Fort Bliss, Texas.

Throughout his distinguished career, Mr. Drusina has also remained active in the different organizations along the border region. He was one of the founding members of UTEP’s Alumni Academe of Civil Engineers, served on the American Red Cross Board, was the Department of State’s advisor for the North American Development Bank Board,  and served on different state and federal committees aimed at addressing border environmental concerns.

Roberto F. Salmon Castelo is a founding partner and consultant at Centro Luken de Estrategias en Agua y Medio Ambiente. He served from April 2009 until May 2020 as the Mexican Commissioner to the International Boundary and Water Commission (IBWC) and has a solid experience in international negotiations related to water and boundary issues between Mexico and the United States. In this capacity, he led the Mexican team to accomplish the signing of 11 binational agreements (Minutes) with the United States, which are binding for both countries.

From 2002 until 2009, he worked for the Mexican National Water Commission (CONAGUA), first as the Northwest Regional Manager and later as the General Director of the Northwest Basin Region, based in Hermosillo, Sonora, Mexico from where he oversaw all affairs related to water resources. In addition, Mr. Salmon served as the Planning and Special Projects Director for the Center for Research and Development of Natural Resources (CIDESON) of the State of Sonora. He also started a consulting company oriented to surface, groundwater, and environmental studies and projects.

He also has vast experience in financial projects. He served as the Director of Budget and Planning and later as the Chief Financial Officer at the University of Sonora and other private entities. He is also a founding partner in three financial enterprises in the State of Sonora.

Mr. Salmon has participated as a leading consultant in many projects on various subjects, such as water resources, plant location, financial engineering, statistics, economic feasibility, agriculture, and strategic planning.

In the academic sector, he served as a professor at the Instituto Tecnologico de Sonora, University of Sonora, Instituto Tecnológico de Monterrey (Campus Guadalajara and Obregón), as well as a teaching and research assistant at the University of Arizona in the departments of Agricultural Economics and Hydrology and Water Resources.

He has authored or co-authored several articles on water resources and US-Mexico transboundary water issues and has been a speaker at binational and international conferences.

Jocelyn Hittle is primarily focused on helping to create the CSU System’s new Spur campus at the National Western Center, and on supporting campus sustainability goals across CSU’s campuses. She sits on the Denver Mayor’s Sustainability Advisory Council, on the Advisory Committee for the Coors Western Art Show, and is a technical advisor for the AASHE STARS program.

Prior to joining CSU, Jocelyn was the Associate Director of PlaceMatters, a national urban planning think tank, and worked for the Orton Family Foundation. She has a degree in Ecology and Evolutionary Biology from Princeton, and a Masters in Environmental Management from the Yale School of Forestry and Environmental Studies.

Jocelyn grew up in Colorado and spends her free time in the mountains or exploring Denver.

Dr. Tony Frank is the Chancellor of the CSU System. He previously served for 11 years as the 14th president of CSU in Fort Collins. Dr. Frank earned his undergraduate degree in biology from Wartburg College, followed by a Doctor of Veterinary Medicine degree from the University of Illinois, and a Ph.D. and residencies in pathology and toxicology at Purdue. Prior to his appointment as CSU’s president in 2008, he served as the University’s provost and executive vice president, vice president for research, chairman of the Pathology Department, and Associate Dean for Research in the College of Veterinary Medicine and Biomedical Sciences. He was appointed to a dual role as Chancellor in 2015 and became full-time System chancellor in July 2019.

Sylvain Fabi (BBA, Bishop’s University, 1988) joined the Consulate General of Canada in Denver in October 2020. As Canada’s Consul General in the U.S. Mountain West Region, Mr. Fabi oversees a team of 17 people who work within Colorado, Kansas, Montana, Utah and Wyoming to strengthen trade and economic ties; enhance political, academic and cultural links; and assist Canadians visiting or living in the five-state territory.  He is also Canada’s chief negotiator for the modernization of the Columbia River Treaty with the United States.

Mr. Fabi joined the Trade Commissioner Service of External Affairs and International Trade Canada in 1992.  He worked in various geographic and trade policy divisions in Ottawa.  He was senior departmental adviser to the Minister of International Trade (2009 to 2010), Director for bilateral relations with South America and the Caribbean (2010 to 2013) and Executive Director of the North America Policy and Relations Division (2013 to 2015).

Mr. Fabi is married to Jany Joyal and has two children, Frédéric and Isabelle.

Professor of Soil and Environmental Chemistry & Columbia Foundation Chair in Soil and Water Sciences, The Hebrew University of Jerusalem

Dr. Chefetz’s research interests relate to physico-chemical processes of organic pollutants occurring in water, reclaimed wastewater, soils and sediments. An overarching goal is to elucidate physical, chemical and biological processes that influence the fate of organic molecules in the environment with special emphasize on the agricultural environment.

Special interests are: (1) Fate of pharmaceutical compounds in soil and water; (2) Sorption-desorption behavior of xenobiotics in soils and sediments; (3) Irrigation with reclaimed wastewater: effects on human health; (4) Nano particles in the environment; (5) Nature and reactivity of dissolved organic matter.

Dr. Tracy serves as Director of the Colorado Water Center and as Professor in the Department of Ecosystem Science and Sustainability at Colorado State University. Dr. Tracy has led research initiatives on understanding and developing sustainable water management practices in a wide range of hydro-climatological systems across the western United States, including the western High Plains, Northern Plains, Southern Plains, Great Basin and Pacific Northwest regions. His more recent efforts have focused on developing programs to: increase our understanding of the integrated behavior of water resource systems under the influence of changing hydrologic, economic, and social conditions; developing science based approaches to support the management of transboundary aquifer resources; addressing the linkage between water management and health outcomes; and understanding community water security from a socio-technical perspective. Dr. Tracy received his B.S. degree in Civil Engineering at Colorado State University in 1980, and his M.S. and Ph.D. degrees in Civil Engineering at the University of California at Davis in 1986 and 1989 respectively. Dr. Tracy also served as President of the American Water Resources Association, the University Council on Water Resources, and as Secretary/Treasurer of the National Institutes for Water Resources.

Gili is a Co-founder and General Partner at ICI Fund (Innovation. Community. Intelligence), investing in early-stage Israeli companies with artificial intelligence solutions that secure our future and supporting their scale up in the US market. Gili sits on the boards of Kando (AI & Wastewater), Viridix (AI & Agriculture), Genda (AI & Construction), Suridata (AI & Cyber), Tailor-Ed (AI & Education), Illustria (Cyebr security) and is an investor in PredictaMed (AI & Healthcare).

Previously, Gili was a Managing Director at SynTech Bioenergy, a renewable energy company located in Colorado.  Gili is an Israeli lawyer who worked at Naschitz Brandes, ADV., one of the leading Israeli Corporate law firms and at Ernst & Young as Tax Consultant, providing tax advice to US and European VCs investing in Israeli companies. Gili served on the Board of Directors of the B’nai B’rith of the Rockies, Colorado.  Gili holds an LLB and BA (in Law and Business) from the Hebrew University of Jerusalem and an MBA from the Graduate School of Business, Stanford University. Gili also served in the Israeli military (IDF), driving tanks and guiding combat soldiers to shoot anti-tank guided missiles out of a tank. She is an avid snowboarder and is melted by dark chocolate!

Fort Collins has been home since I was three weeks old.

In addition to working, teaching and attending school, I have been an active volunteer. Serving in the Peace Corps in Morocco was an honor. I served on school boards in Lafayette, Ind. and in Mozambique. After moving back to Fort Collins, I served on the Commission on Disability as well as Childsafe before running for State Representative in 2014. As a State Representative I have focused on water, agriculture, small business and public education. After 3+ terms in the General Assembly I was elected Mayor of Fort Collins in April, 2021.

Personally, my husband of 32 years and I have three adult children. My mom, Libby James is my rock and role model. In my free time, I run, bike, swim, read and talk to people.