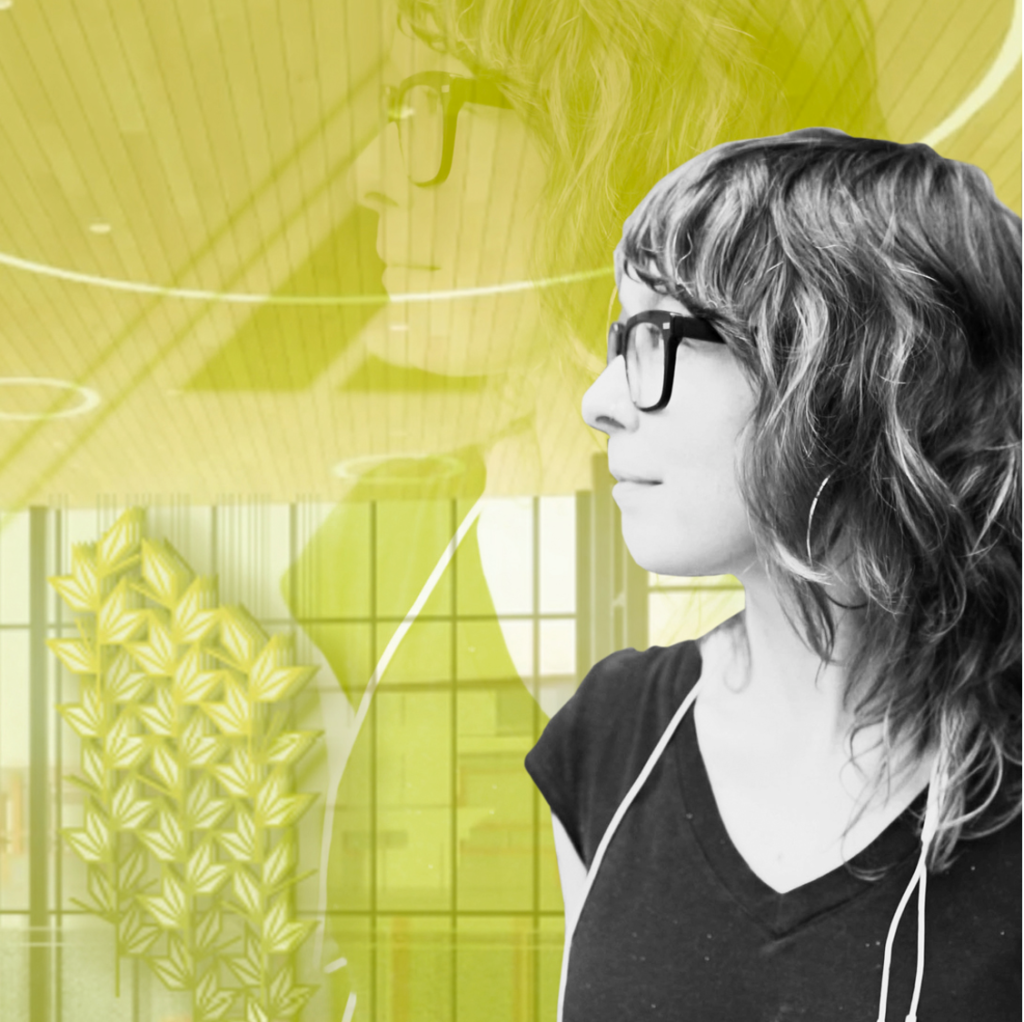 The concept of Tomorrow’s Food is to engage users with the innovative ideas of the future of food. The suspended, lit installation directly responds to the building and surrounding neighborhood community. It offers the public a close up experience of the vertical farm movement in a contemporary installation, with organic inspired graphic elements and a palette rooted in traditional and modern agriculture.

Known for her iconic, abstract geometric style, artist Sandra Fettingis creates timeless, site-specific patterns for public art projects such as murals and installations. Her elegant, harmonious works seamlessly integrate art with the surrounding built and natural environments. She combines a careful study of a location and its social fabric with creative problem solving to generate meditative yet dynamic patterns with a keen attention to detail and impeccable craftsmanship.

Born and raised in Chicago, Sandra studied at the Art Center College of Design and earned a BA from Columbia College. Since 2007, when she painted her first mural in Chicago, she has created more than 40 large-scale artworks for public and private collections. Sandra’s award-winning installation for the Colorado Convention Center, I know that you that I know, completed in 2014, propelled her into the public-facing projects she makes today. Her projects include extensive large-scale murals as well as glass windscreens for RTD’s A and EFR Lines, in addition to a four-story tall, integrated LED and aluminum wall sculpture for Denizen Denver. Her work has been exhibited locally at the Denver Art Museum, nationally as part of several mural festivals, and internationally at the Sharjah Festival in the United Arab Emirates. Sandra has been featured in publications such as Forbes, Huffington Post, Chicago Sun-Times, Design Milk, Hyperallergic, and Modern in Denver. She has earned grants from both the City of Chicago and Denver and is an alumnus of RedLine, Denver’s artist residency program.

Over the course of her career, Sandra has worked with dozens of collaborators to execute her projects indoors and out. Her extensive network includes lasting relationships with artists, curators, fabricators, installers, architects, and other experts. She leverages this network to achieve more expansive, advanced, and visionary projects that integrate technology and re-envision the role of art in public spaces both in and outside of Colorado. She continues to push the visual language of abstraction through geometry and line, and remains especially passionate about the impact and influence public art has on a community before, during, and after installation.