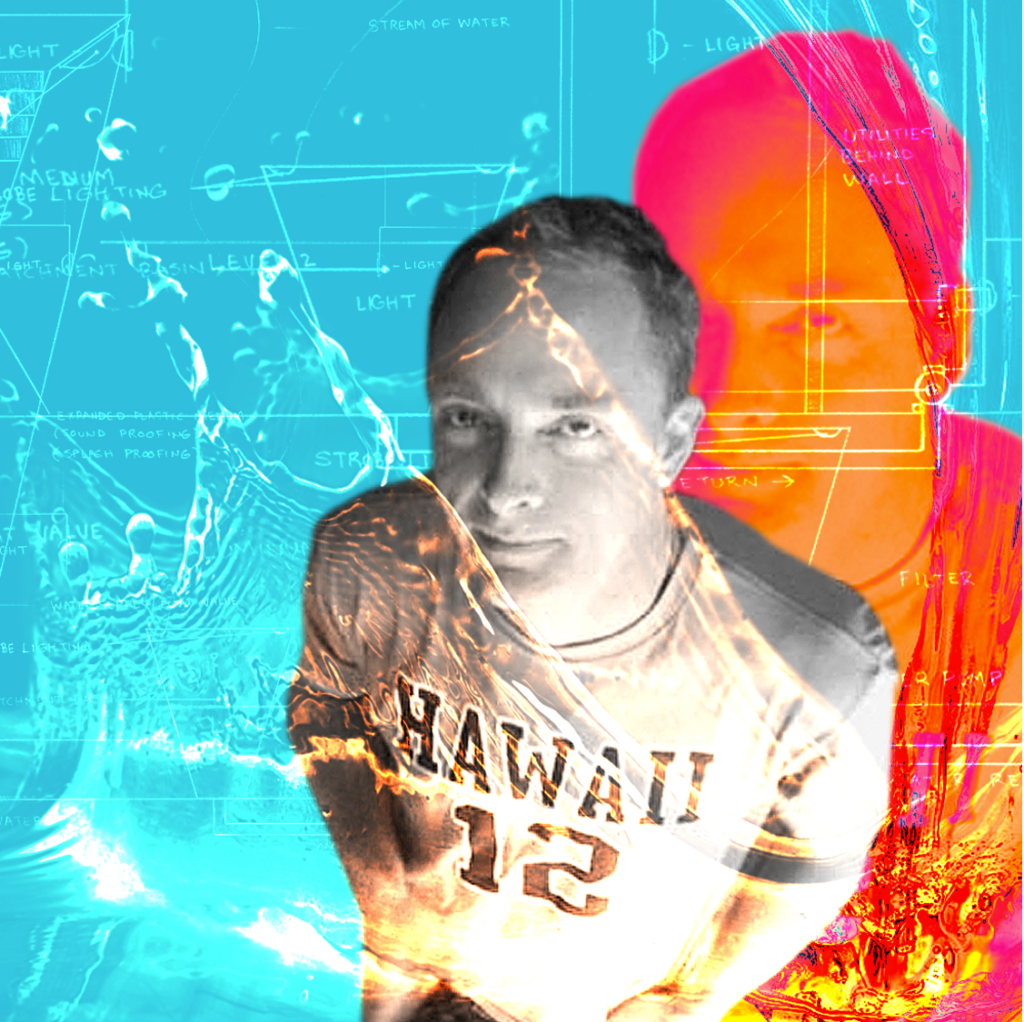 Swirl is a sculpture that utilizes waters’ tendency to spiral to create a swirling water form that falls through the center space of the stairwell at Hydro into a large catchment vase in the lobby. Swirl will consist of a rotating spout mounted to the ceiling of the third floor which emits a single stream of water that spirals down through the center space of the stairwell and is caught by a large vase form on the first floor. By illuminating the sculpture with programmable LED strobe lighting, the water will not only catch the light as it falls but will also appear to be moving in slow motion, or even floating, as though it’s suspended mid-air.

Eric Tillinghast was born in 1974 in Los Angeles, where he currently lives and works. In 1990-91 he attended the Virginska Konst Skolan in Orebro, Sweden, after which he studied Industrial Welding Santa Barbara, California. In 1995 Tillinghast established a studio in New Mexico, where he earned his BFA from the College of Santa Fe.

Tillinghast’s works have been exhibited at The Albright Knox Gallery, The Long Beach Museum of Art, Galerie der Stadt Mainz Bruckenturm, in Germany, the New Mexico Museum of Art, Rocket, in London, P.S., in Amsterdam, LaunchProjects, in Santa Fe, and The Center For Contemporary Non-Objective Art, in Brussels.

Tillinghast has been awarded grants from The Pollock-Krasner Foundation, the Land Rheinland-Phalz Kulturministerium, the Dallas Museum of Art, and residencies from Listhus, in Olafsfjordur, Iceland, the Kohler Company, in Wisconsin, Centre-Est-Nord-Est, in Quebec, and The Santa Fe Art Institute, in New Mexico. His work is included in the permanent collections of the Albright-Knox Gallery, The City of Cleveland Public Arts, The Scottsdale Museum of Contemporary Art, Portland State University, The John Michael Kohler Art Center, The Port of San Diego, The New Mexico Museum of Art, and the Discovery Children’s Museum in Las Vegas.